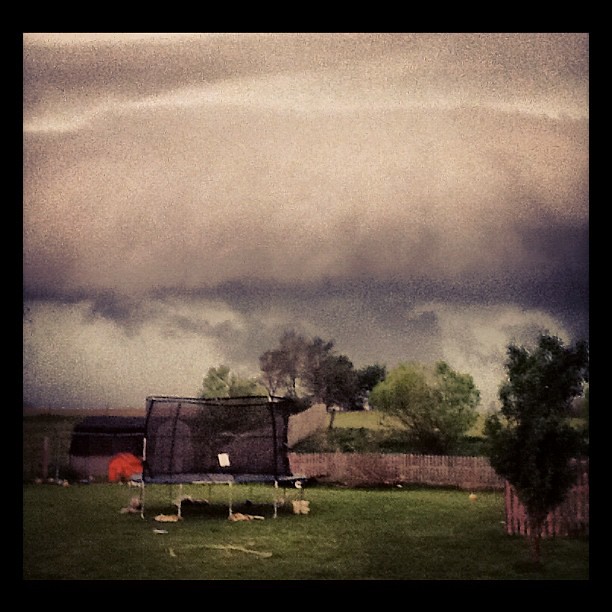 Autumn ends up becoming a sad time to be in the garden. Kind of like a Sunday, knowing that the weekend is nearly over and the real work is about to begin.

Leaves are falling from yawning plants. Spring and Summer flowers are in a twilight and the buzz of flying things dies down. The sun looses its sting as days becomes shorter, cooler.

We have a trampoline in our backyard that sees a lot of action in the warmer months, with the kids jumping around doing tricks, and for the adults to lay on like a large hammock. A sprawling old magnolia tree hangs over that spot in the backyard, and birds fly in and out of it with their daily business, while possums move in towards dusk. You can just hear traffic from the main road about a kilometre off, louder when a motorbike or muscle car opens up. About 3.5 kilometres out, you can hear a belled wail as a suburban station boom gate drops. Several seconds later, metal clunks on metal as the train passes over crossing tracks where the rails meet the road.

Now as the weather cools and days grow shorter, children spend more time indoors. Playgrounds lose their buzz like lavender loses bees, and that trampoline of ours becomes the loneliest spot in the backyard.

I was tending something or other out there last Autumn, with the trampoline mat glistening under a light cold rain. All alone in that situation, I knew that a haiku was required to capture it. That is how most of my poetry comes about; a thought captured within a moment, turned to words.

As gardening stuff slows down leading into Winter, future plans loom large – all those Spring jobs go on a list of things to do. Getting rid of the trampoline is one of the those, except for this year because I used it as much as the kids, but it would make for a great spot for a duck pond nonetheless. Maybe even a grove of sour cherries elevated in car tire pots, surrounded by grave vines, hyssop, marigold, and scarlet runner beans…

So the trampoline gets a reprieve for at least another season, or while other tasks stay higher on the list. And there there is enough to do for now. It is the time to sow clover, plant out Spring’s rosemary and lavender cuttings. Seed broccoli and broad beans. Maybe buy another dwarf apple (is 8 too many?). Time also to prepare the quail for Winter quarters, and reassure them (and myself), that it is OK for them to stop laying eggs, and that chicken eggs will just have to do.